Back in August, I mentioned that Chasing the Dragon was going to be released as an audiobook from Iambik (as ChiZine Publication's first audiobook, no less!). Well, readers, the day has finally come! 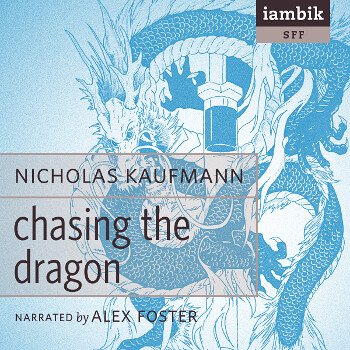 The audiobook is now available for any media player, including iTunes, iPods, iPads, and iPhones, read by the amazing Alex Foster. I've heard it myself and it's fantastic. So if you've been waiting to experience the Shirley Jackson Award-nominated and International Thriller Award-nominated Chasing the Dragon as an audiobook for your commute or workout, get thee to Iambik's website and pick up a copy. At $6.99, it's a steal!
Collapse