Saturday saw great ruin and despair fall upon New York City when my friend and fellow author Brian Keene decided he would have his birthday celebration here, instead of safely in the backwoods of Pennsylvania where no one would get hurt.

Still, despite the cosmic storms and bloodletting, a good time was had by all who attended, including myself, Alexa, and authors Jack Ketchum and Mary SanGiovanni. 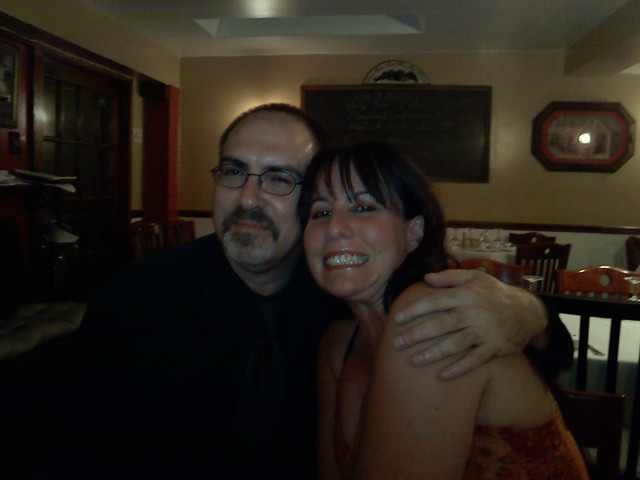 Brian and Mary laugh at my feeble attempt to handle three glasses of Cabo Wabo. 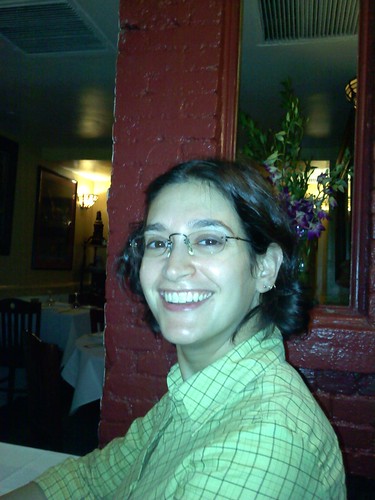 Alexa shows her delight at being given the Green Lantern power ring by a dying alien.

Shockingly, the first new series of the 2010-2011 TV season to be unceremoniously canceled right out of the gate isn't CBS' $#*! My Dad Says.

It's Fox's Lone Star. I have to admit, this show's posters and print ads--he's a con man who's secretly married to two different women!--pretty much turned me off to it immediately. I guess I wasn't alone.

Here's the thing about No Ordinary Family, which premiered tonight on ABC. It's disappointing. Not because it's bad, which it isn't, but because it plays everything so safe, so expected. Absolutely nothing happens that surprised me. The parents, the kids, the coworkers--every character seems to have stepped out of Central Casting, every situation out of Dysfunctional Family Screenwriting 101.

And for a show about a suburban family that suddenly develops superpowers, there really should have been moments of adrenaline and joy as we discover their abilities along with them. Instead, it all feels by the numbers. The only scene that got my blood pumping at all was the one toward the end involving a bank robber who is more than he seems. But that's the only one. Everything else feels a bit stale.

I've grown tired of fictional families where one parent is out of touch with the rest of them because they're working too hard. It's usually the father. Here it's the mother, played by Julie "Rita" Benz, who works for a biotech company that we already know is behind some of the more nefarious shenanigans. The dad, played by Michael "Vic Mackey" Chiklis, is a lonely schlub with all-too-convenient access to police business through his job as a sketch artist. The kids are exactly what you'd expect teenage kids on a TV show to be--the sassy daughter with boy troubles, the son who's having difficulty in school. After surviving a plane crash in South America that dumps them into some oddly sparkly water, each member of the family develops a superpower vaguely related to his or her issue: super speed for the mom so she can work hard and be there for her family; invulnerability for the dad so he doesn't feel so emasculated and useless; telepathy for the daughter so she can, I don't know, find out if her boyfriend is cheating on her; and super smarts for the son so he doesn't have to go into a special ed class, or something. It's not exactly riveting.

And yet, like I said, it's not bad either. It's just not anything special. At least not yet. If they up the ante and bring in superpowered villains for them to fight, then it might get some color in its cheeks. But right now it's nothing you didn't already imagine it to be. Unless you were imagining action and excitement.

Still, there's enough potential here that I'll give it another try next week to see if it's found its feet yet. But one more shot is all it gets, because right now No Ordinary Family is way too ordinary.
Collapse