I had a wonderful time last night at the NYRSF reading series with Langans John and Sarah (I'm contractually obligated to mention there's no relation). John Langan read his werewolf story from The Magazine of Fantasy & Science Fiction and Sarah Langan read a science fiction story about a black hole, which will be published soon in Lightspeed Magazine. Both were excellent.

Turnout was sparse, though. I think a lot of people who would have loved to be there were in Australia instead for WorldCon.

After the reading was dinner at Milady's, a bar/restaurant that's as much of a dump as it was the last time I was there, which was the mid-1990s. It's nice to see that some things never change, though I wouldn't necessarily want to eat there again. Still, it afforded a nice opportunity to catch up friends like John, J.T. Petty and Genevieve Valentine, each of whom I see only infrequently these days. Then I walked John to the subway and called it a night.

There are so many things to hate about living in New York City, but nights like this one remind me that the benefits far outweigh the drawbacks. 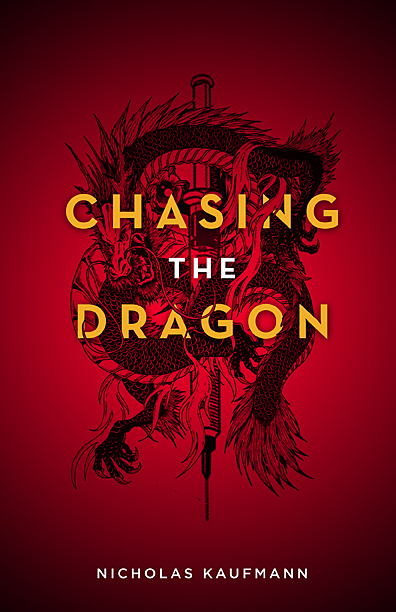 Today I reached a unique milestone as an author: my first tattoo request.

A reader emailed asking if it would be all right if he got a tattoo of Chasing the Dragon's cover art.

I have arrived, people.
Collapse