To celebrate our first dating anniversary, Alexa and I took a sunset sail into New York Harbor on the Shearwater. It was a beautiful and romantic experience, and one I'd highly recommend to anyone looking for the same. The crew was great, they served drinks, and the views of New York City at sunset were gorgeous. 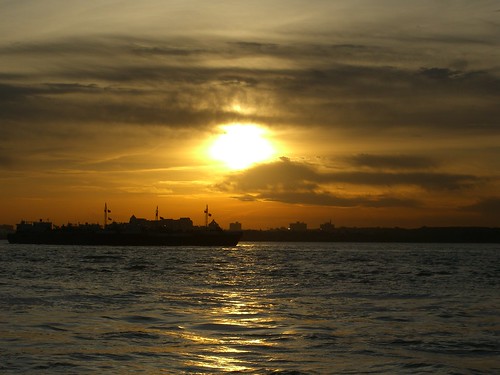 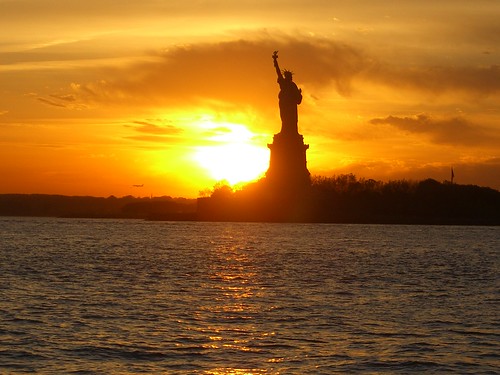 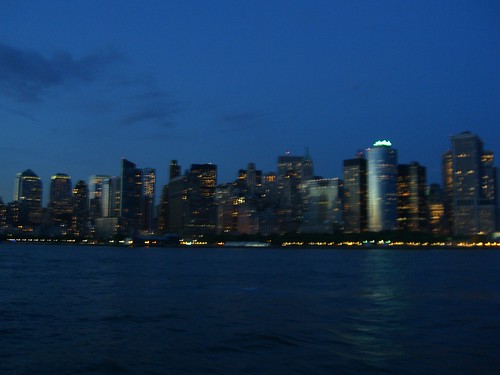 Now that's a Doctor Who episode! A frightening setting, a threat both cosmic and personal, a familiar face lending a nice sense of continuity, and the return of a well-liked, if new, enemy.

So, all in all a very good episode, and miles ahead of the last two. "Time of the Angels" renews my faith in the new season. But Matt Smith? He hasn't quite grown on me yet. There's something about the way he speaks. It's not a lisp exactly, it's more like he's got a thick tongue, and it reminds me too much of Sylvester McCoy in the role--an era when I frequently had to make use of closed-captioning just to understand what the hell the Doctor and Ace were saying. It's unfair to judge the new guy by my bad memories of 1980s Doctor Who, but I'd be lying if I said I didn't miss David Tennant.

Legendary artist Frank Frazetta has passed away at the age of 82 from a stroke.

The fantasy art calendar industry will never be the same.

Only half of Team Totally Tits showed up for bar trivia tonight, so we wound up merging with another team that was short most of its members, The Correctioneers, to form a supergroup: The Trivialing Wilburys!

After doing well in quite a few rounds (including an acronym round where I, embarrassingly, knew exactly what NAMBLA stood for) and coming quite close to a clean sweep of the audio round ("Whistlin' Dixie," which required us to listen to snippets of songs that include whistling and name the song and artist/band--hello, "Winds of Change" by Scorpions!), we tied for third place.

Which meant another PBR chug-off.

I refused to do it this time, as PBR is a disgusting beer and nothing should ever be chugged, so teammate Mike stepped up to take one for the team. Unfortunately he lost, so we ended up in fourth place--the winner of the losers, as it were.

Here's hoping Team Totally Tits will be back up to full strength when we're back on June 14. It's high time for our eighth win!
Collapse